Dakota Wicohan works to revitalize the Minnesota Dakota language, known as the eastern or D-dialect. This is one of three dialects which use the D, L, and N interchangeably. The D dialect is spoken by the Dakota bands indigenous to the Minnesota region—the Mdewakantaon, Sisitonwan, Wahpetonwan, and Wahpekute.

Our mission is “to revitalize Dakota as a living language, and through it, transmit Dakota lifeways to future generations.”

Our long-term vision is to build Minnesota’s first Dakota learning institute that will prepare and empower increasing numbers of people, generation by generation, to lead our communities with wo’Dakota.

History of the Organization

Dakota Wicohan is a Native non-profit educational organization—the only one of its kind in the state—that seeks to revitalize the Dakota language and lifeways in Minnesota.  With each year, we lose precious elders who take with them knowledge, experience, and wisdom that is so precious to our Dakota way of living.Today only five first-language speaking elders remain in the state, yet our language, and the values and lifeways it sustains, is a living spirit that nourishes our people. 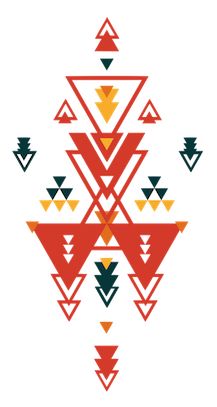 Dakota Wicohan began in the summer of 2001 at the grassroots level in the Dakota community when a group of language activists and learners from the Upper Sioux and Lower Sioux Communities and Dakota from the Twin Cities area formed a Language Team. The team wanted to reinforce language with one another, support language acquisition, and research viable language preservation models and methodologies for the Minnesota Dakota.  In 2002, Dakota Wicohan incorporated as a Native non-profit with the intention of working across tribal, state, and political boundaries to build a language and lifeways movement.

In 2008, Dakota Wicohan hired its first staff person, Recording 25 hours’ of interviews with elder language speakers was one of the first large projects the organization undertook. By summer 2013, Dakota Wicohan had a total of four (4) full-time employees, nine (9) part-time employees and consultants, representing 8.0 FTE.  The organization now runs five cultural programs for language learners and artists from its Morton headquarters and a nearby donated equine facility.

Serving as a cultural incubator, Dakota Wicohan has helped over 200 community members connect to the Dakota language (Dakota Iapi) through our continuum of inter-generational language and lifeways programs since 2012.

Our dream has grown to a multi-generational circle of language activists, supporters, teachers, elders, speakers, and learners. As we work to preserve and renew our Dakota language and lifeways, we realize that this is not just about language, this is not just about being able to speak or write Dakota, it is a journey of renewing what it means to be Dakota. For the very word Dakota, means to be allied, to be united and we know that the word O’Dakota means to be peaceful. And so the meanings of these words begin to take on more meaning to ourselves. We begin to learn our own history as Dakota people, our own painful journeys and the joy we have in joining hands to unshackle the remnants of oppression and especially to recognize the end to our own negative ways we do to keep ourselves and each other down.

There are many ways that we recognize and respect that can be used as healing tools for ourselves, our families and community.Today, we ask that all of us recognize how we can join the movement, the language and life ways revitalization work and celebrate the ways in which we can be a part of the Dakota healing journey we are on. As one of our elders has so simply put it, “one of us pushes, one pulls, one’s the baker, another dances and without each of us doing what the Creator called us to do, makes more work for everyone …we each have roles and responsibilities”, or as mitunkansin called it, wowacinye.We give thanks to the Creator, to the treasures of the Dakota language and history for sharing, to our supporters and learners, to Dakota Oyate for the prayers and work we all believe in. No matter our growth, we remain committed to our philosophy, our values and basis for being Dakota…the renewing of relatives, making new relatives and honoring each other as relatives.